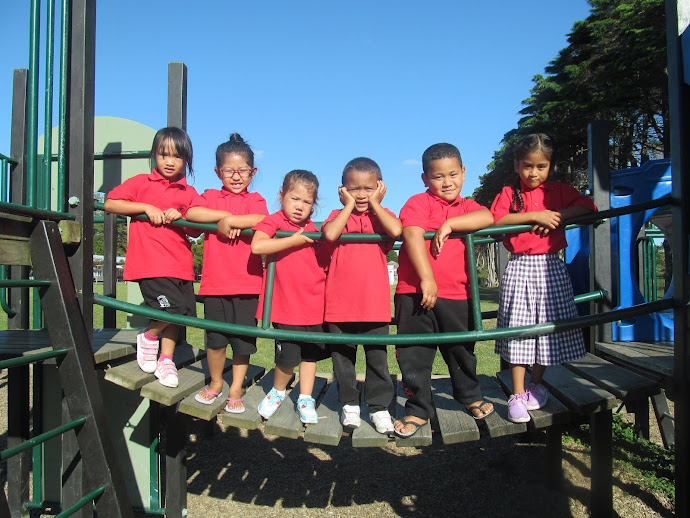 Welcome to Room 19's Blog for 2016. We are a Year 1 class at Pt England School, set in beautiful Point England, Auckland, New Zealand. This year we will be learning reading, writing and maths all on our iPads. Make sure you keep checking in with us and see how we are progressing throughout the year. We will be sharing as much as possible and look forward to reading your wonderful comments!

Rae Jae and Bradley have been working together at lunchtime and made this racing car.  They tell us that it can go really fast and can do anything!  It has a seat so you can sit on it! 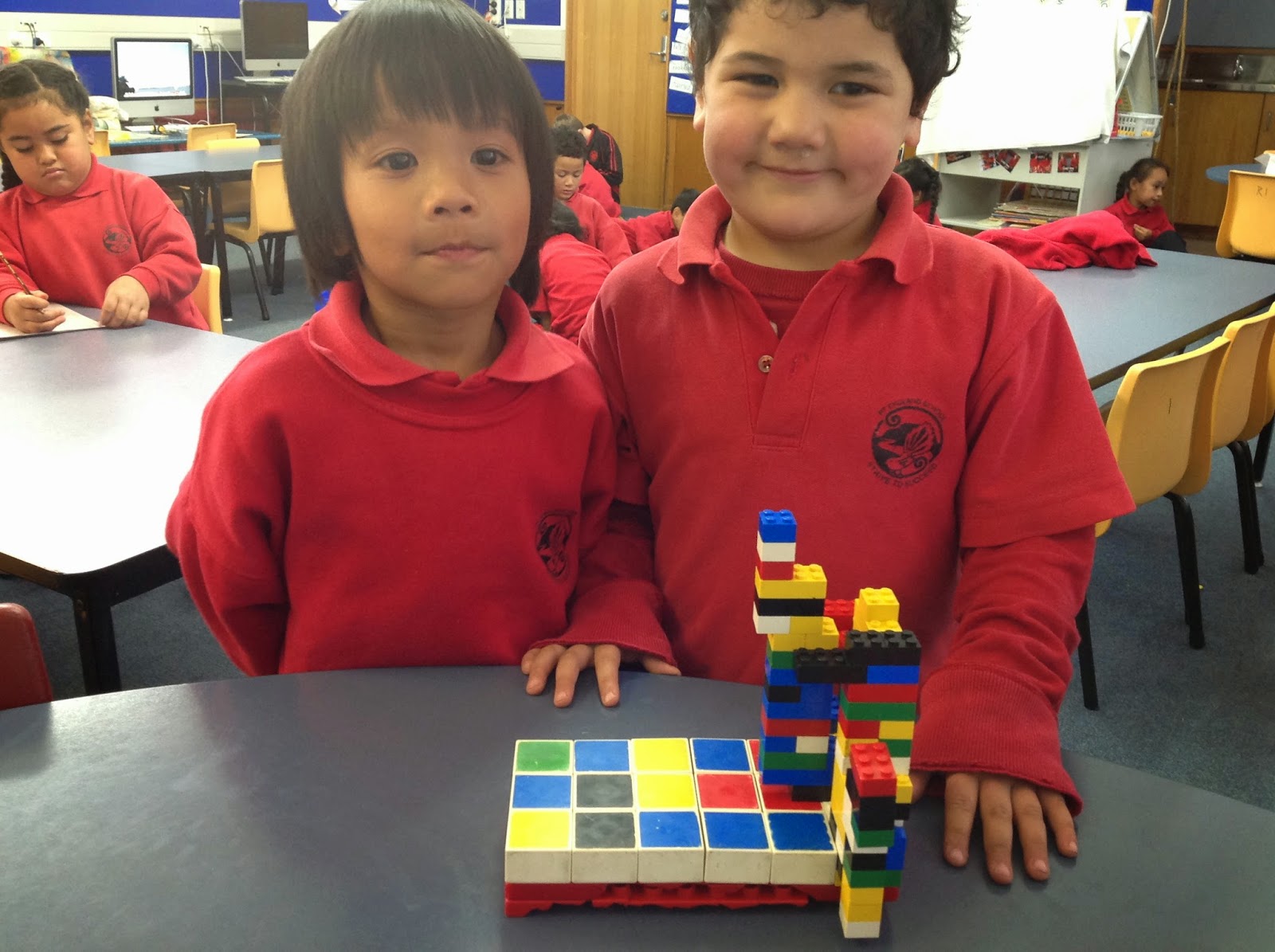 Today was Ilaisaane's last day at Pt England School as her family are moving to Australia.  We are all very sad to see Ilaisaane leave and wish her well at her new school.  Today we farewelled her in class with a little cake party - and there was even enough for two pieces each!! 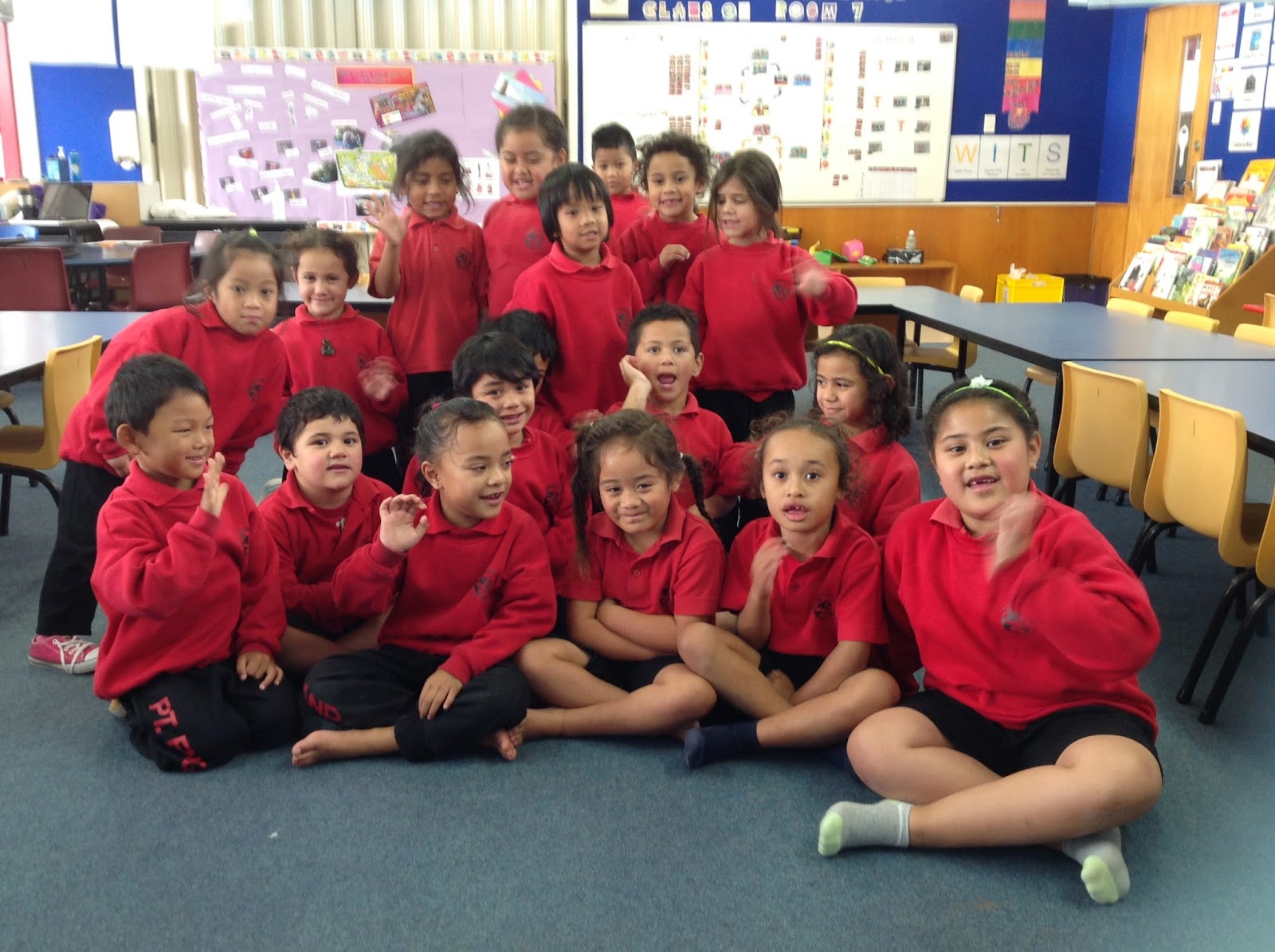 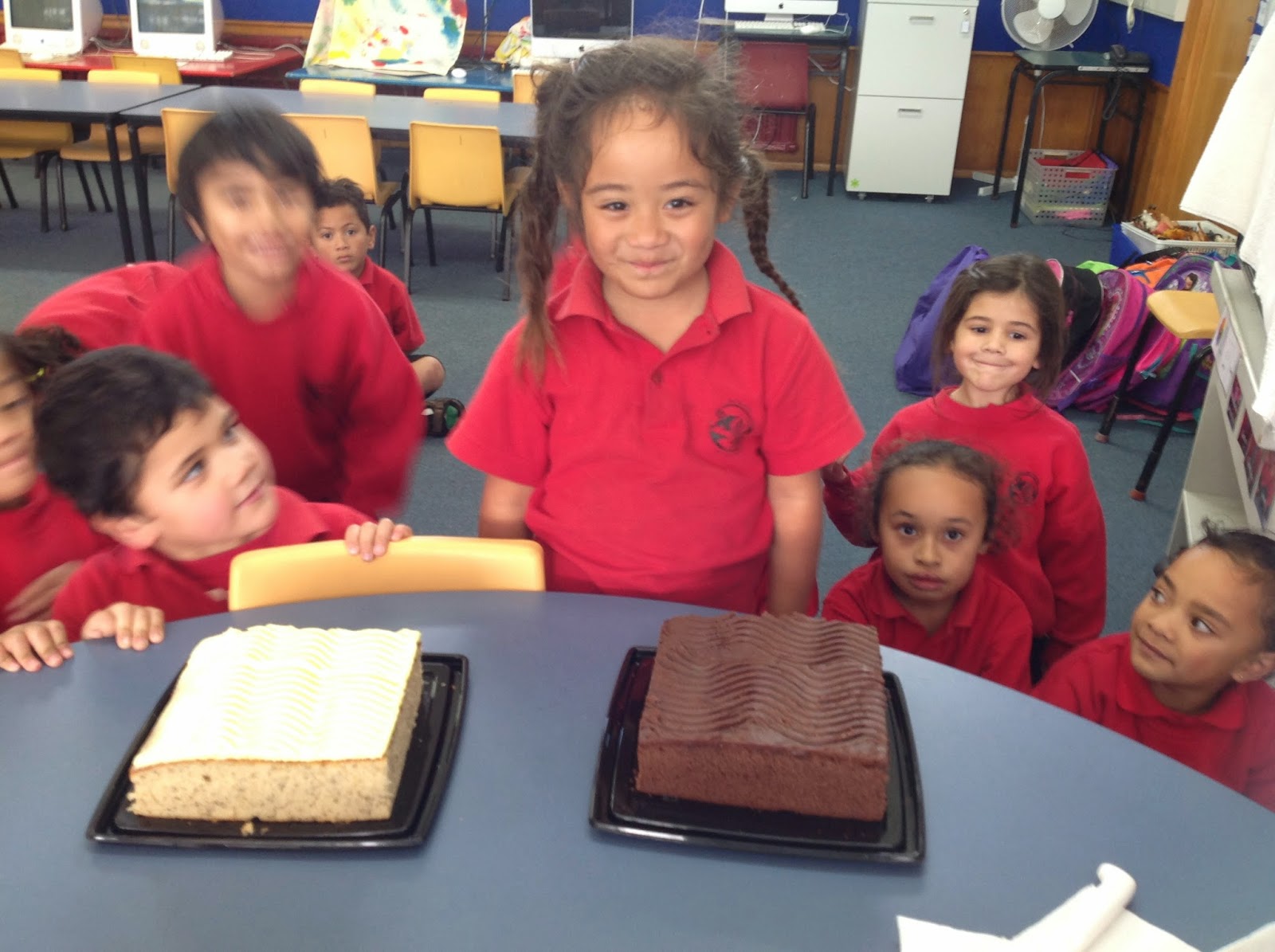 This term Class 20 are learning to "Work Smarter, Not Harder" and are looking at all the equipment in the kitchen that has been designed to make our lives easier.  Today we made waffles in the classroom.  First we unpacked the equipment that we would use and the learners took photographs of this equipment in Explain Everything.  They used their stylus to write the name of the equipment underneath each photo.

After morning tea we made some waffles.  The learners took turns using the measuring equipment and adding ingredients to the mixing bowls, following the recipe.  Class 20 decided that an electric beater made it easier to mix the batter than a whisk.  Arkar said that it was really hard to mix using the whisk.  All the learners agreed that cooking waffles was a lot of fun, but that eating the waffles was the best part!! 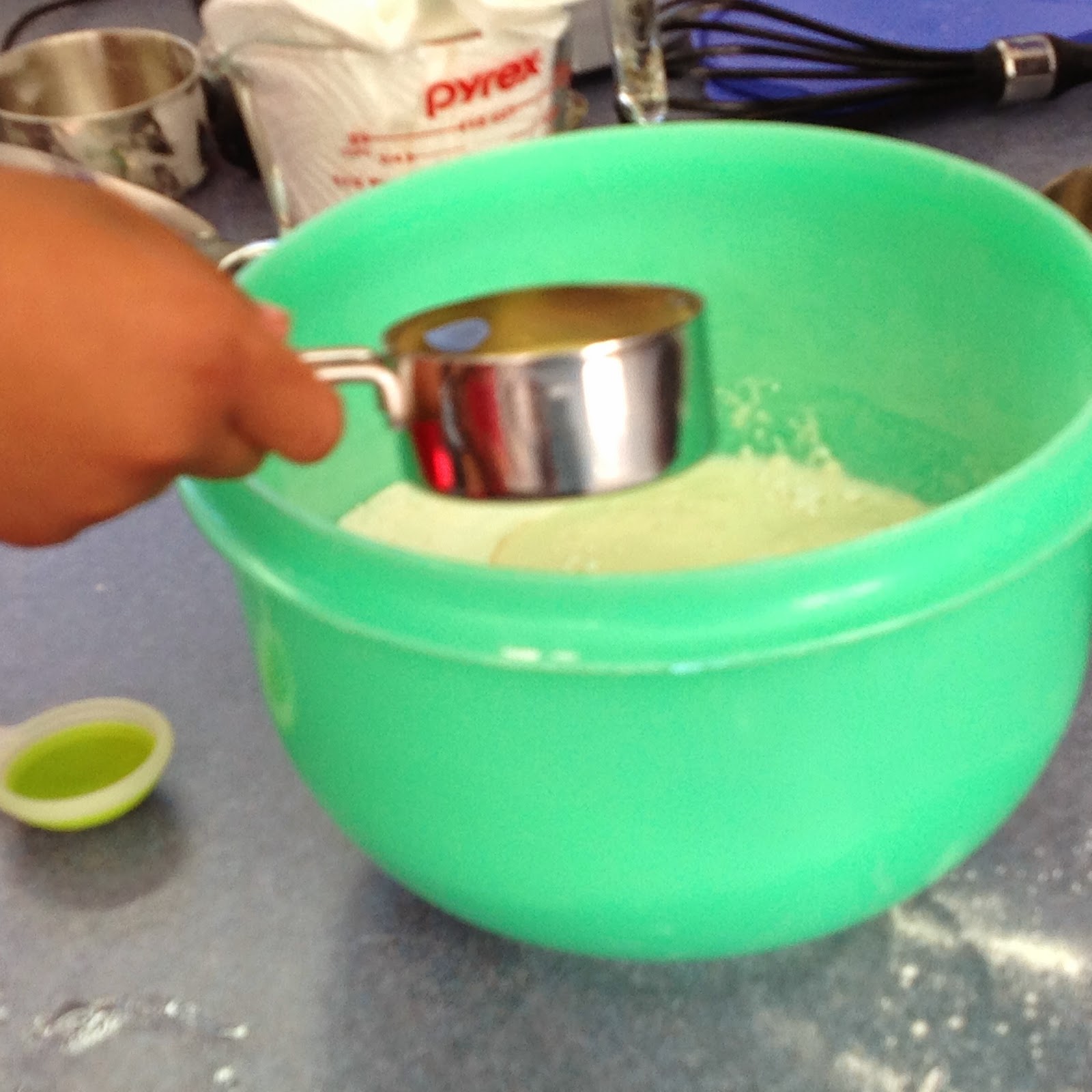 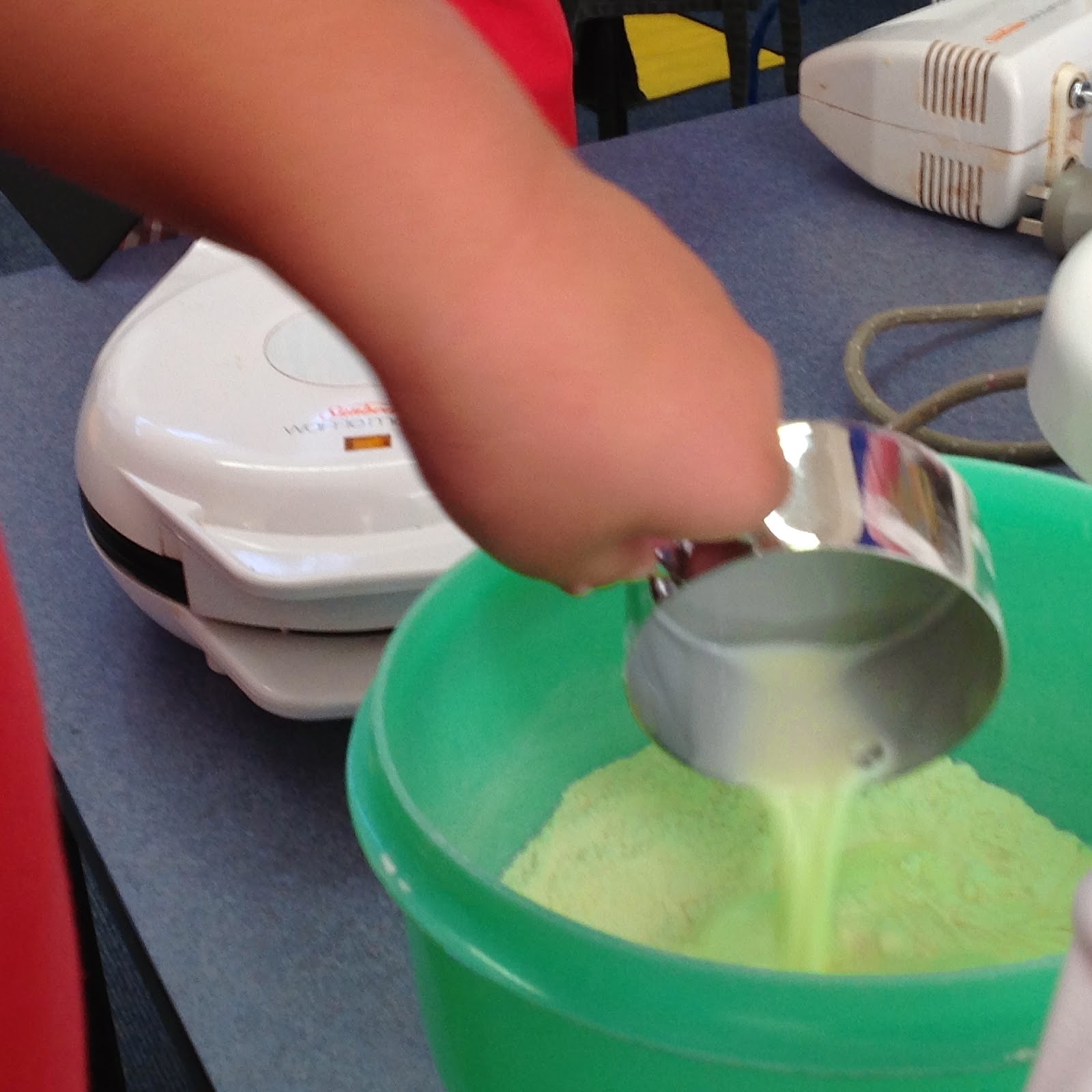 After lunch the students took photos of the ingredients, and again added the word underneath each photo.  They then used Explain Everything to create a picture of themselves making the waffles and talked about their pictures.  Here is an example from today's great learning:

Spark (formerly Telecom) have put together a video about digital learning featuring some of the learners in Class 20!  The film crew visited our classroom last Tuesday and the video shows us using our iPads, and includes an interview with Ms George.  We really enjoyed watching the video in class and would love to share it with our whanau.

Class 20 are really enjoying the Get Set Go sessions on a Tuesday afternoon.  For the last few weeks we've been focusing on our catching skills.  This week we practised with throwing and catching a scarf and then larger balls.  We had a relay to see which team could pass quicker.  Check out some of the highlights from our very physical session .... 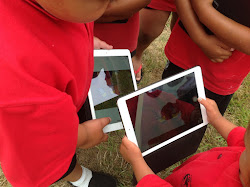 Room 19 is ready for their first year of school. Everyone has their own iPad and already know how to use it for their learning. Make sure you keep watching our Blog to see how we are Learning, Creating and Sharing our work.

Class 19 are really lucky this year as they have 2 teachers!!
Ms George has been at Pt England for 15 years and Ms Peck joins our Team for the first time this year. We are both looking forward to working with your children and Sharing all the wonderful Learning and Creating on our Class Blog.

This Term, Room 19, will be learning 'The Point England Way.'
We will be learning how to take charge and be responsible Pt Englanders. Our whole school picnic will give us a wonderful opportunity to practise what we have been learning. Later in the term we will be showing off our amazing dancing and singing skills at our infamous Fia Fia night. We hope you are able to come along and share our special family and community times.

Who is visiting this blog?